The S-G of al-Nujaba Issued a Statement:

Hujjat al-Islam Akram al-Kaabi stated that “the arrogant powers and their Wahhabi, Ba’athist and Daesh allies are trying to create dissension and threaten the Arba’in pilgrimage” and emphasized, “We welcome all foreign pilgrims with our eyes and hearts.”

According to the website of the representative office of al-Nujaba in Iran, Hujjat al-Islam Akram al-Kaabi, the secretary-general of the al-Nujaba Islamic Resistance Movement, issued a statement in which he described the Arba’in of Imam al-Husayn pilgrimage as one of the most important mourning rituals of the Ahl al-Bayt and stated, “Many authentic narrations have been narrated in this regard and undoubtedly the day of Arba’in is a yawmullah (Day of God).”

Hujjat al-Islam al-Kaabi referred to the gathering of Muslims from all over the world in Karbala and wrote, “This event destroys the conspiracies of the arrogant powers of the world and their Wahhabi, Ba’athist and Daesh allies, who are considered a threat to Islamic values ​​and beliefs.”

He went on to discuss the efforts of this movement to counter the unparalleled Arba’in pilgrimage and noted, “This movement has realized that such a campaign will result in their defeat. In order to strike, weaken and create dissension among the believers, their elements and media outlets are trying to provoke and divide the Muslim nations.”

The high-ranking official of the Iraqi Islamic Resistance added, “Despite all these measures, the awakening of the Muslim nations, the forgiveness of the Iraqi people and also the common interest of the people towards Imam al-Husayn thwart these conspiracies.”

In conclusion, Hujjat al-Islam al-Kaabi addressed non-Iraqi pilgrims, saying, “Now, a huge number of Iraqi people are saying that if our country does not have the capacity for you Husayni pilgrims, our eyes and hearts will welcome you.” 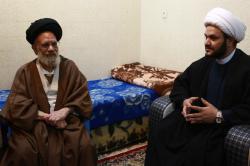 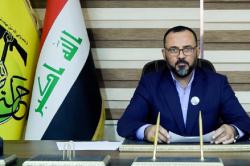 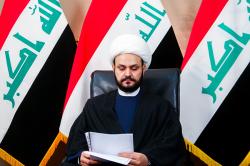 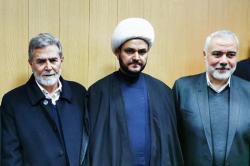 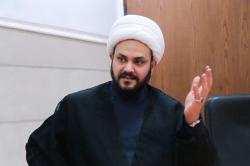 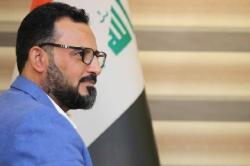 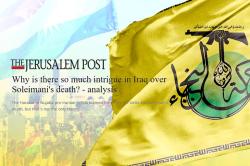